Modelling a Concept of Religion

These interactive conceptual models were done for Miso Kim’s Conceptual Modelling class. The brief was to select a topic, explore it thoroughly, and then come up with an abstract, categorical model describing the topic, and then a more descriptive model working with a concept and target audience. The class was divided up into groups and our group chose to model religions and belief systems.

After conducting a few informal interviews with fellow students from different religious backgrounds and brainstorming by mind-mapping, looking at the differences and similarities between various religions, we came up with a schema categorizing them based on common themes and characteristics. Three major categories emerged: the Divine, religions that were primarily monotheistic and creation oriented, the Balance, religions that believed in karma and the cycle of birth, and the Natural, religions that worshipped nature and the spirit world. 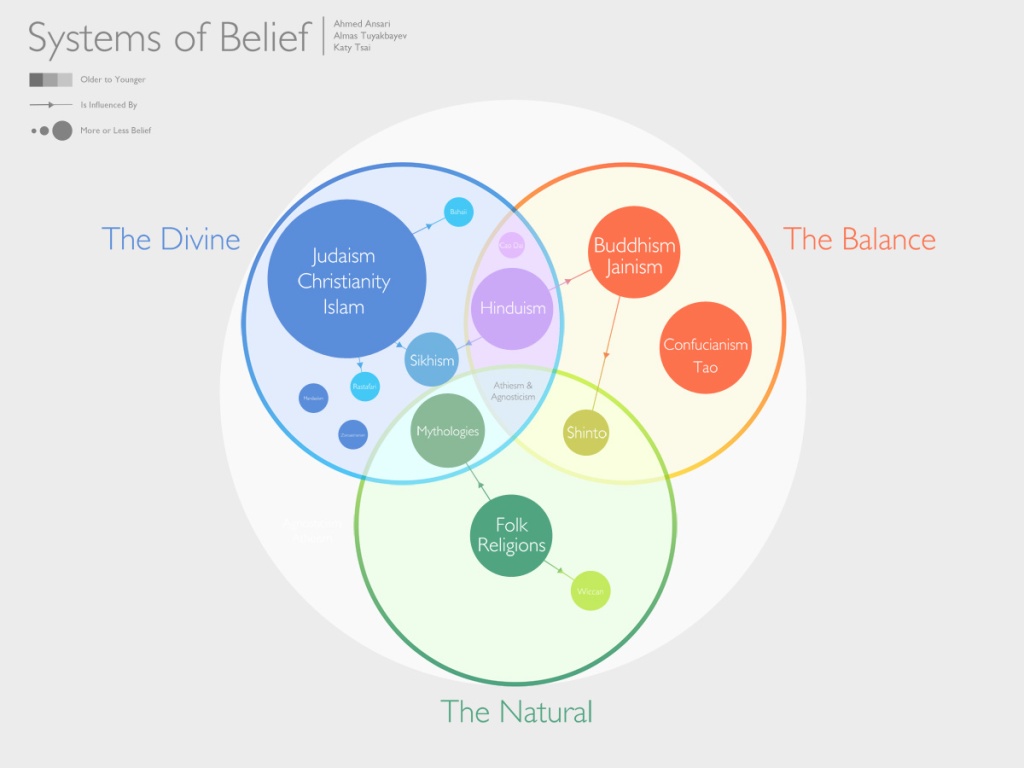 For the second part of the brief, which involved interpreting the conceptual model through a metaphor, our team came up with the idea of using the machine as metaphor, asking the question: how would we explain religion to a robot? We developed an interactive model in Flash 3.0, and I did the art, interface design and coding for it. Within the model, the user could plug the robot into any one of the “religion circuits”, in order to call up the relevant machine god, which would then “download” faith into the robot. 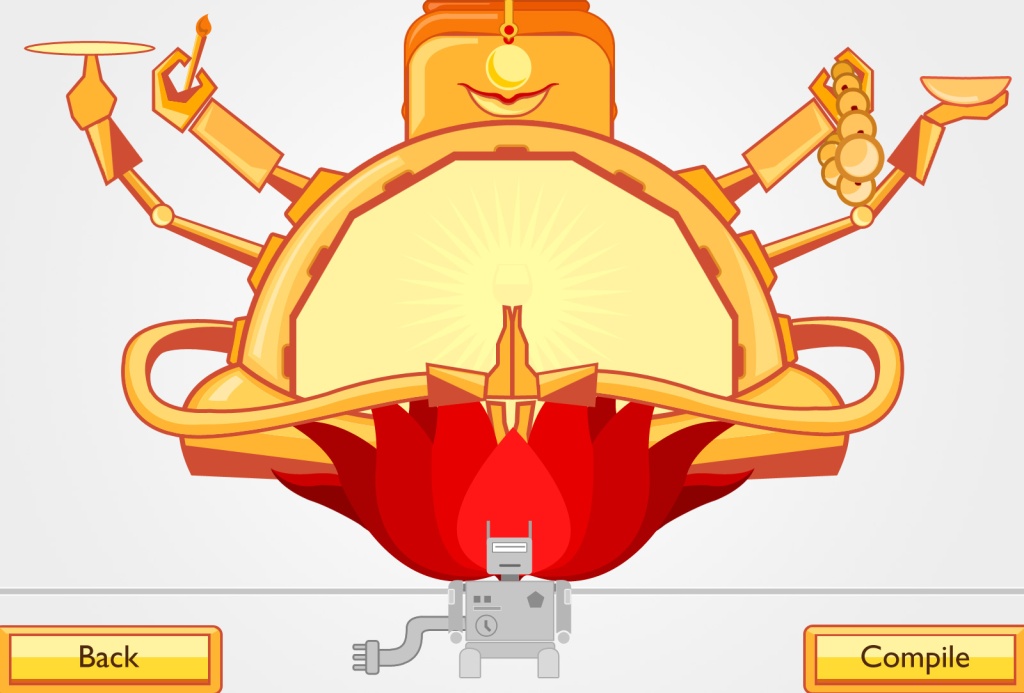